General customs and etiquette
Whether dealing with Vietnamese or ethnic minority people during the course of your trip, it is important to bear in mind the following points:

Social harmony
Everyone in Vietnam likes to create and maintain social harmony, with the result that, as in many other Asian countries:
Arguments and raised voices are not as prevalent as in the west.
Unpleasant subjects and difficult situations are often avoided completely, which sometimes makes it quite difficult for foreigners to know what is happening when things go wrong.
One person will avoid publicly criticizing another, since to do so would result in a serious loss of face on the part of the person being criticized.
The typical reaction to any problem is to smile, not because that problem is considered funny, but because the fact that it has happened is a source of embarrassment.
Many foreigners become angry when an Asian person reacts to a problem by smiling. However, losing your temper only causes both parties to lose face and greatly diminishes the chances of the problem being resolved! If problems do arise, try to remember that calmness on the part of all parties concerned is an absolute prerequisite to solving them. 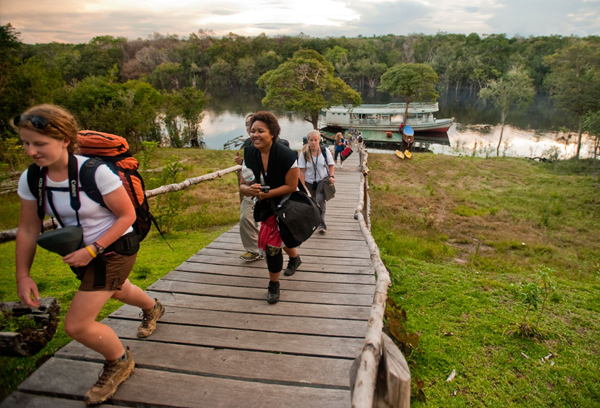 A smile is a good way to react to the problems.

Age and status
Great respect is shown in Vietnam for age and status, which dictate social intercourse to the extent that in Vietnamese and ethnic minority languages alike it is not possible to greet someone politely without making a prior judgment whether that person is older or younger or of greater/lesser status than oneself. These accounts for the frequency of questions such as ‘are you married? and ‘how old are you? Such questions are regarded as perfectly polite in Vietnam, and foreign visitors should try not to be offended by them.

Hospitality
Custom requires that hospitality is offered freely and generously by Vietnamese and ethnic minority people alike, and whilst reciprocal gestures at a later stage on the part of the guest are always welcomed, western-style attempts to pay for ones share are considered extremely rude.

Giving and receiving gifts
Gifts should always be given and received with both hands and will normally be opened at a later stage, rather than in front of the giver; it is also important to understand that, particularly amongst the Buddhist community, the act of gift-giving is generally seen to benefit the giver by allowing him/her to make merit for the next life, so effusive western-style gratitude is generally not forthcoming from the recipient.

Body contact
As elsewhere in South East Asia, both the head and the shoulders have special significance and should not be touched by anyone outside the family circle. Public displays of affection between members of the opposite sex are totally unacceptable to Vietnamese and ethnic minority people alike – in this way, for example, even airport reunions between long- separated couples never involve western-style public hugging or kissing – affection is displayed at the most by a light touch on the arm or something similar. On the other hand, physical contact in public between members of the same sex (either two males or two females together) – eg holding hands in the street – is a common public gesture of friendship which often takes westerners by surprise. 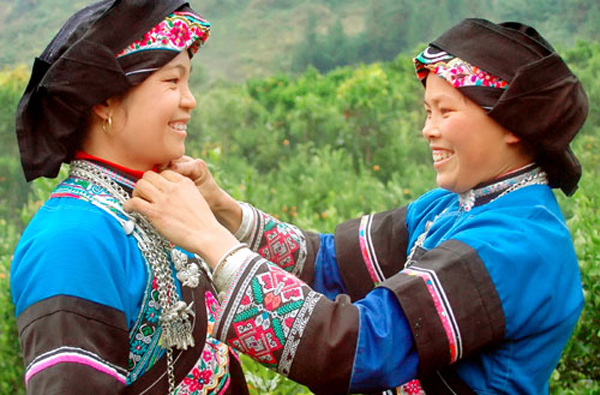 Like elsewhere in South East Asia, both the head and the shoulders should not be touched by anyone outside the family circle.

Nowadays most Vietnamese will happily shake hands with foreigners of the both sexes, but travelers should bear in mind that ethnic minority people living in the remote northern mountains are likely to understand or appreciate this western custom.

Gestures
Pointing at someone with your finger or pointing the sole of your foot at someone when crossing your legs is considered rude. Also impolite are the western gestures of crossing the fingers, crossing the arms, standing with hands on hips and beckoning someone using the index finger with the palm of the hand facing upwards. Vietnamese and ethnic minority people beckon each other with the palm facing downwards, wiggling all four fingers in unison. Vietnamese and ethnic minority people are quite modest about female attire, so that short shorts and other revealing articles of women’s clothing are generally frowned upon.

Basic etiquette
Visiting mountain villages and meeting people of different ethnic groups is one of the delights of travelling through the beautiful northern mountains of Vietnam. However, in doing so travelers should try to remember a few points of basic etiquette:
Revealing articles of clothing are likely to offend – please dress modestly!
African-braided hair may cause some concern amongst some ethnic groups, because the plaits are sometimes perceived to resemble snakes.

It is considered polite when visiting a village to take along with you some kind of gift, such as cigarettes, confectionary or (better still) postcards/ photographs from your home country.
Before entering an ethnic minority village, it is extremely important to check first to ensure that there are no funerals or special ceremonies in progress. On such occasions, some ethnic groups suspend tree branches or banners over the entrance to their village or over the door to the house in which the ceremony is being held, but other ethnicities do not use such symbolism so it is important to ask anyway before proceeding. Foreign visitors are definitely not welcome at such ceremonies and travelers should always respect the villagers’ privacy.
Always ask permission from a male inhabitant before entering an ethnic house, and once permission is granted find out whether or not you need to remove your shoes before going in – if in doubt, remove them anyway. Avoid stepping on the door sill (the raised threshold across the foot of the house door) as you enter.
Once inside the house, sit only where you are invited to sit, act in a gentle and friendly way and try as far as possible to observe the etiquette of your hosts. This varies from ethnic minority to ethnic minority, but in general you should avoid touching pillars or beams and pointing your feet at people and, perhaps most important, remember that the family altar is sacred and should never be touched or abused.
It is polite always to accept offers of tea or rice wine and visitors are usually expected to down the first cup of rice wine in one gulp. 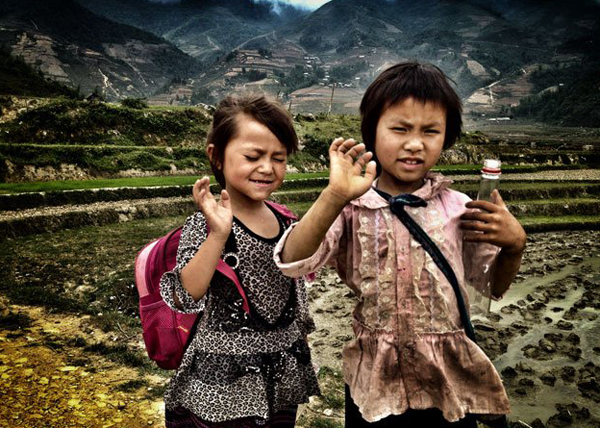 Ask before taking photographs even children.

Always ask before taking photographs and do not persist if people are unwilling. Try also to understand how much it will be appreciated if you can send back copies of the photographs via your tour guide after returning home to your country. Many people promise their hosts that they will do so, but once they get home they forget all about that promise – please try not to conform to this stereotype!
Open displays of intimacy between people of the opposite sex are offensive to both Vietnamese and ethnic minority people and should be avoided at all times.
The use of opium is illegal in Vietnam; do not encourage its production by buying it from local people.

How to Prepare a Trip to The Northwest Vietnam

Guided Tours to the Northwest of Vietnam